Brittany, a land of caracter, legends, and landscapes : Armor and  Argoat. 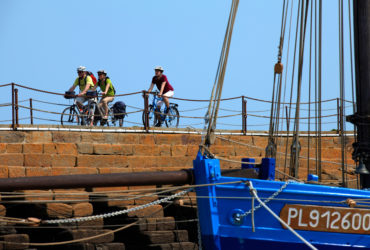 From the great fortress of Saint-Malo to Paimpol, you will stop at the most typical[...]

Chapter 2 of Brittany from port to port takes you to the shores of the[...] 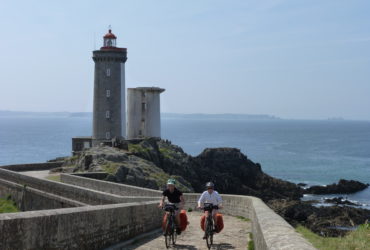 A surprising trip to the end of the world along the wild Brittany coast from[...] 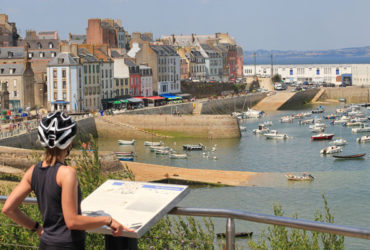 Along the Atlantic coast, join the Breton tips trimmed by the sea, in this country[...] 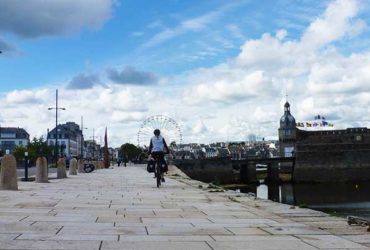 An adventure along the southern Brittany coast between Quimper and Vannes, discovering the coastal landscapes[...]

The Bay of the Mont Saint-Michel

From Rennes, its capital, ride through romantic Brittany along the Mont St Michel Bay  To the[...] 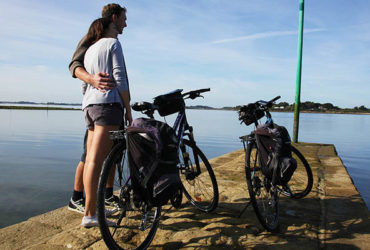 The Gulf of Morbihan

An extended discovery of the Gulf of Morbihan Travelling between land and sea Renowed for[...] 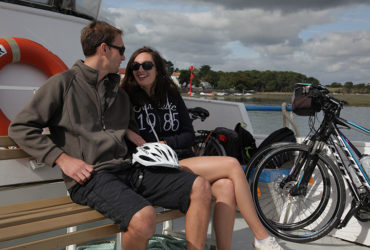 The islands of the Gulf of Morbihan

Cycling on the islands that make up the charm of the Gulf of Morbihan.  The[...] 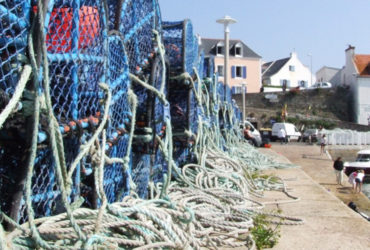 Cycle through a majestic island in Brittany ! Belle-île-en-Mer, the enchanting island Enjoy 3 day cycling through this[...] 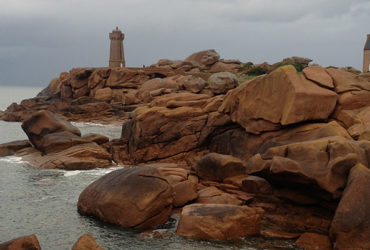 Along the Pink Granite Coast, compose a 3 to 7 days cycling cruise from Perros-Guirec[...] 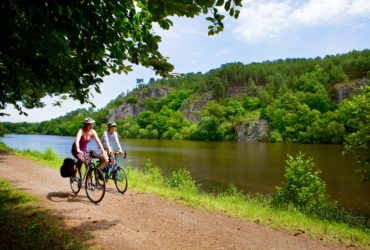 From Redon to Châteaulin in 9 days, cycle through autentic and bucolic Brittany Cycling along the canal[...] 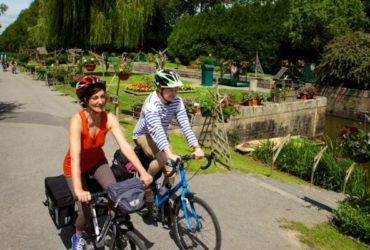 A 10 day cycling journey through Brittany Cycling from North to South From Roscoff you cycle[...]

From Rennes, its capital, ride through romantic Brittany along the Mont St Michel Bay TO THE MONT-SAINT-MICHEL[...]

7 days onto the path of freedom from Saint-Malo to Bayeux Along the coast in Brittany[...] 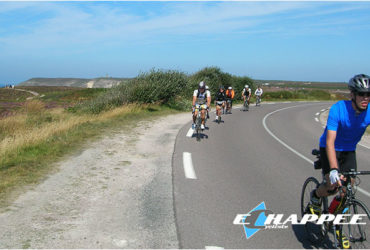 A multi-stage stay  along the Breton coast of the Channel. From Rennes to Roscoff From[...] 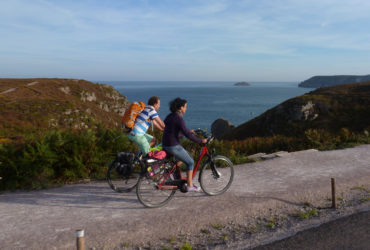 A trip between land and sea discovering Brittany’s beauty and identity An emerald jewel Embark on[...] 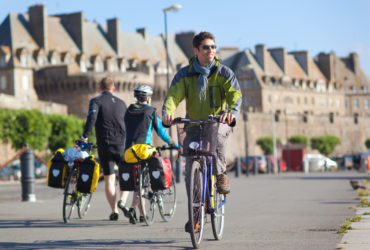 A weekend to discover the beautiful city of Saint-Malo and its emerald coast A corsair[...] 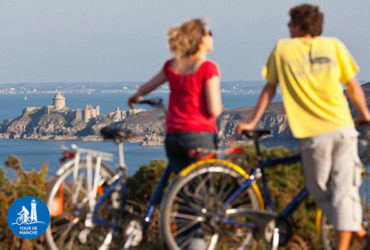 Discover Brittany by bike Be among the first to discover this new route that connects[...]

The Vélomaritime, a cycling itinerary opened in June 2013, offers a unique adventure over more than[...] 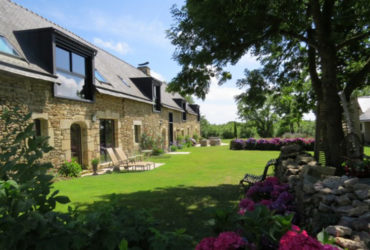 Well-being week-end in the Gulf of Morbihan

Enjoy an exceptional setting and comfort in a “5 épis” guest house  in Baden. Welcome[...] 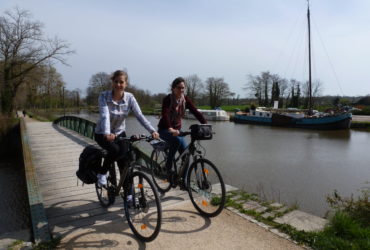 A unique experience in romantic and medieval Brittany. Discover Brittany by bike. From Rennes, enjoy[...]

Best known for its myths and legends, Brittany is also very popular for cycling. It has knows its fair share of cycling legends! Jean Robic, Louison Bobet, Bernard Hinault, the Breton are the most titled French cyclists of the Tour de France. Hundreds of races and cycling events are organized each year and fill the pages of local and regional press. With over 1500 km of cycling routes this is a fabulous area we invite all cyclists to discover!

In Brittany, explore a land of myths and legends and meet people proud of their roots and territory. Bretons have at heart to make you discover their heritage.

Brittany and its people

Brittany can be described as the “Pen-Ar-Bed”, which means the end of the world in Breton. It also points to the world beyond the ocean. Brittany is a land of travelers and exchange. Sailors and adventurers left from the ports of Lorient, Brest, Paimpol, Saint Malo to discover the world and famous seas. They brought back rare goods such as fish, cocoa, coffee and sugar. Brittany became a gateway for these products to the rest of the country.

Travelers and proud of their identity, Breton people still offer today one of the most important regional diasporas in the world.

Brittany regularly welcomes many travelers who fall in love with the region and eventually settle there. The warm and welcoming people, quality of the food, beauty and strength of natural elements are some of the reasons people choose to stay here.

Roads and bike paths in Brittany

With one of the densest secondary road network in the country, Brittany is also a great cycling land. It allows you to ride easily on small roads, away from traffic. Just open up a map of Brittany to get an idea of all the possibilities. The number of intersections is impressive and cyclists need to be vigilant. This is why Abicyclette®, a bike travel agency from Brittany, chose early on to include the loan of a GPS on all cycling trips and was one of the first to do it. It is a very much appreciated comfort to not have to figure out which way to at each intersection!

Coastal roads benefited similar enhancements. Cycling along the Coast you will find many small roads to ride along the cliffs. The recent development of international routes like the “Tour de Manche” or “Vélodyssée” on the seaside offer easy and accessible trips. In the Finistère, the coastal road and the “solar wind road” (route du vent solaire) are both rich and enjoyable bike roads.

Greenways and canal pathways like the “Nantes to Brest canal” and “Canal Ile et Rance” are other great cycling routes. They rehabilitate towpaths which have lost their economic vocation.

One of the first questions people ask is: Will it rain? A local popular saying puts it this way: “In Brittany, it’s sunny several times a day!” This humorous expression reflects fairly well the climate here, where you can sometimes live 4 seasons in one day. Fortunately as summer approaches, the weather gets warmer and winter storms are behind us. If you can not completely escape the rain characteristic to this beautiful region, it does have it benefits. Here is what you can appreciate about it:

So do you need to bring a raincoat when coming to Brittany? Yes! Will you wear it? Only some of the time. And bring along sunscreen lotion, as sunburns are common among our travelers who aren’t careful enough!

Sites of interest in Brittany

A single trip is far from enough to discover all of Brittany. Best discovered by bike, this region has such diverse and enchanting atmospheres it requires several trips, among which we recommend: