Our cycling tours in Portugal

Discover a generous, safe and welcoming country. Between land and sea, this country offers many surprises along its rivers and in its vineyards. Some of the UNESCO world heritage landscapes are waiting for you!

The Douro Valley by bike

Combine contemplation of the landscapes and the pleasure of tasting in the Douro Valley. 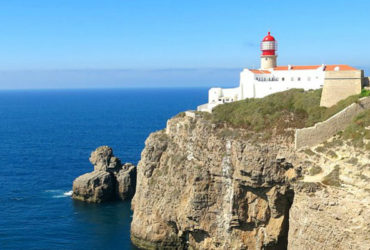 Portugal Southwest Coast : between Lisbon and the Algarve

From Santiago do Cacém to Lagos and passing through Cape St. Vincent, the southwestern tip[...] 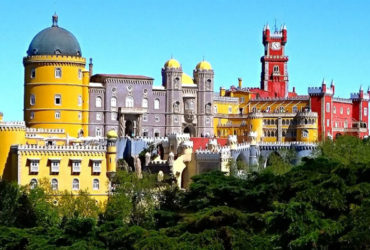 Cycling from Sintra to Lisbon

The greatest place where land meets the authentic Atlantic beauty. Start in the typical fishing[...]

With its warm climate and charming cities, Portugal is a favorite destination for cycling holidays. Stage by stage, you will appreciate the warm welcome of the Portuguese and their cuisine. The steep roads and bike paths will take you through beautiful and varied landscapes.

At the heart of the great natural spaces of the Douro Valley, along the Atlantic Ocean or through the pine forests of the Algarve, Portugal offers many possibilities for your bike holidays.

The history of Portugal and its inhabitants is inseparable from that of the Iberian Peninsula, the country built its own identity despite the strong influence of neighboring Spain. From the Muslim conquest to the Carnation Revolution through colonial times, Portugal’s rich history has forged a people proud of its traditions while remaining open to the world.

Indeed, many Portuguese emigrated during the 20th century, but the attachment to the country of origin was mostly strong. As a result, Portuguese culture and culinary specialties such as Port wine or cod preparations have been exported all over the world.
The rich Portuguese culture is strongly marked by the Catholic religion.

Processions and other religious events are indeed numerous in this country where the number of churchgoers remains high. The architectural heritage is therefore also very rich. As for fado, the art that mixes music and traditional songs of which Amalia Rodrigues is considered the queen, it has become a symbol of Portugal and is the pride of its inhabitants.

Roads and bike lanes in Portugal

Portugal develops year by year its trails and cycle routes. The rout along the Atlantic Ocean is particularly well endowed but cities and nature parks are becoming more and more hospitable to cyclists. The development of infrastructures goes hand in hand with lodgings and suitable services.

The EuroVelo 1 that runs along the coast of Portugal is an invitation to go further during your cycling holiday to discover the charms of this authentic country.

The climate of Portugal is relatively moderate despite its geographical location in southern Europe, largely due to the sea breeze. Inland, the heat can be heavier in summer. The climate is dry which offers good conditions for cycling around the country.

The 8 must-sees of Portugal

Portugal’s rich heritage and the variety of its landscapes: