Alsace, a land of traditions with generous gastronomy and villages full of charm 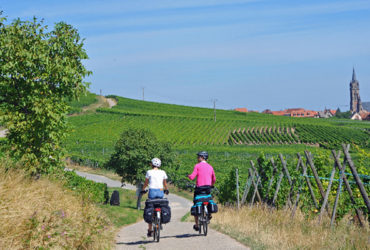 You discover, on the wine route from Colmar to Strasbourg, the heart of Alsace. You[...] 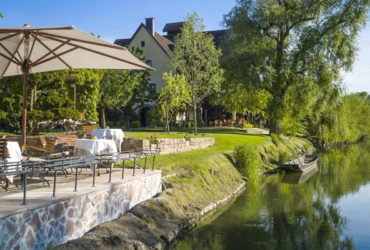 Enjoy to stay in the most beautiful and prestigious hotels in Alsace. Often nestled in sumptuous small villages... 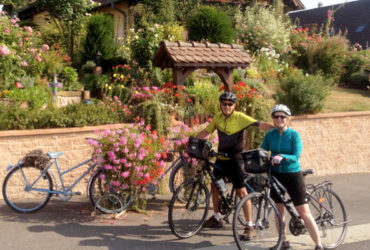 Alsace is famous throughout France for its floral decorations, Christmas markets and vineyards. Now it’s[...]

Thanks to the variety of its landscapes and its relief, Alsace is a destination that can accommodate cyclists of all levels. From the banks of the Rhine accessible to families to the slopes of the Vosges mountains for the most athletic through the hilly vineyards, Alsace invites you to discover all its charms.

Alsace is a land of traditions and the many events and local festivals that punctuate the year are there to confirm it.
The local language, Alsatian, is still widely used and preserved from generation to generation. At traditional festivals, it is not uncommon for costumes to accompany traditional dances and music.
We could not talk about Alsace without also talking about its gastronomy whose spearheads are beer and sauerkraut. The Alsatian restaurants, the Winstubs, will also allow you to taste hearty tarte flambé or Baeckeoffe, traditional dish with vegetables, potatoes, and meats cooked for a long time.
Its famous vineyards are also part of the Alsacian terroir: sylvaner, riesling or gewurztraminer, so many names and flavors that will brighten your taste buds.
Alsatian architecture will also make you travel with its half-timbered houses typical of the region. The picturesque atmosphere of the villages is increased tenfold at the end of the year at Christmas markets that attract the curious.

Roads and bike lanes in Alsace

Alsace is crossed by 3 EuroVelo roads that make it a must for many cyclists traveling across Europe. Nearly 2,500 km of cycle routes and greenways are available to cyclists of all levels along major routes or on thematic circuits specific to the region.
The tracks along the Rhine offer flat courses accessible to all while the small hilly roads of the Alsatian vineyard will delight the most athletic.

The 8 must-see sites in Alsace

Lovers of heritage, nature or culture will be delighted during their bike trip stay with these must-see sites in Alsace: