Cycling from Redon to Châteaulin 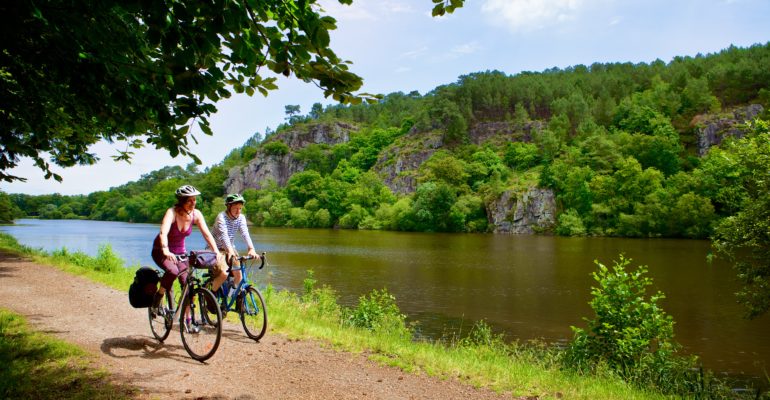 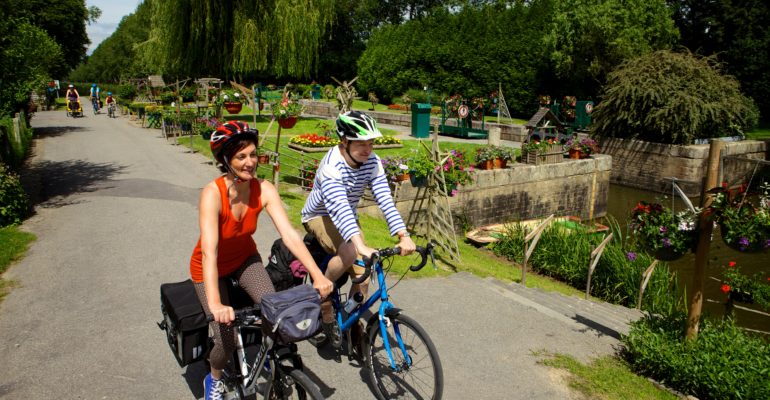 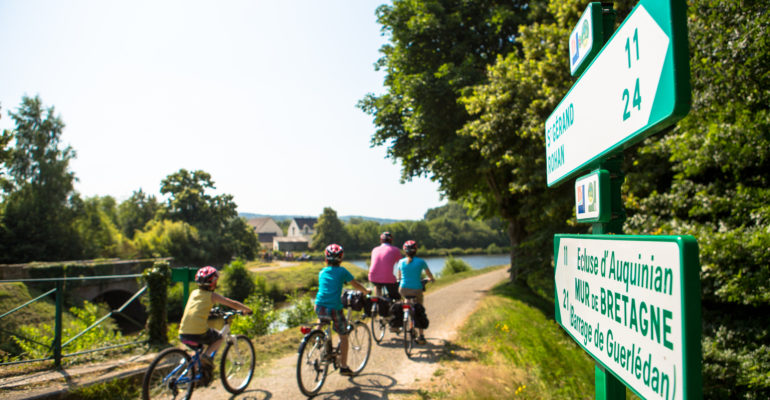 Flat routes, accessible to all, without traffic, very quiet
Josselin and Pontivy Castles, the Abbey of Bon Repos
The flowered locks along the route

Cycling along the canal

From Redon (Nantes) to Châteaulin (Brest) in 9 days, cycle through autentic and bucolic Brittany

The Nantes to Brest canal offers a beautiful journey through Brittany! On the towpath, you ride on a bucolic route at a somewhat faster pace than a barge. Cyclists, hikers, lock boaters, residents and fishermen: you will meet along the way many lovers of this land who will be happy to tell you their story of the canal.

From Nantes to Brest the canal is 450 km long with a 364 km portion from the lock of Nort-sur-Erdre to the 237th lock in Châteaulin (with a total of 238 locks*) .The richness of this route lies the variety of waterways more wild than artificial. 73 km (20%) were dug to connect the Erdre rivers like the Oust and the Alder. From Redon to Châteaulin, you are in the heart of Brittany and ride through some of the most beautiful parts of the canal on a route accessible to all thanks to the towpaths combining asphalt road, white paths and well maintained trails.

A bit of history 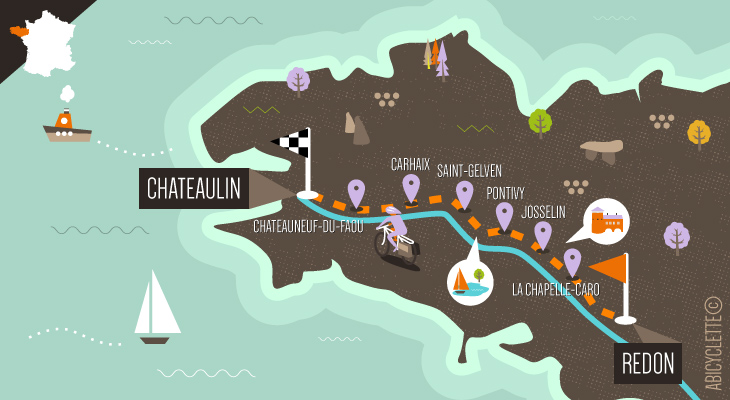 Arrival on your own and check in to your hotel. Orientation with our guide today. Take time to explore Redon.

In Redon you reach the Oust riverbank, which shares a common riverbed with the Nantes to Brest canal. The route, flat and leisurely, will let you appreciate the peaceful atmosphere of these grounds. As you face the cliffs of the Ile de Pie on the other side of the canal, Brittany shows you just how surprising she can be. At 2/3 of the route you ride through Malestroit, a small city with character. You then head on to Roc André with an impressive religious architecture. This village is also famous for its brewery Lancelot. Allow for a visit and taste a traditional beer or local Phare Ouest cola.
After few kilometers, you enter the city of Josselin through its majestic castle overlooking the canal. Also labeled “Small town of character,” its typical houses with timber facades offer a warm welcome. You can also rent out canoes to explore the Canal from another perspective.

From JOSSELIN to PONTIVY 52km 147m

You get back to the banks of the Nantes-Brest canal. As you approach Rohan you discover the Abbey of Our Lady of Timadeuc. A community of Benedictine monks lives there. They make cheeses, jams, fruit jellies … You can discover their products within their shop. The route then takes you to Pontivy. The many locks and small retention ponds in this part of the canal are an interesting curiosity. Along the Blavet riverbanks, Pontivy offers a fifteenth century castle which was one of the Duke of Rohan residences.

You leave Pontivy to join lake of Guerledan and its famous hydroelectric dam. The towpath dissapears here and you will take height.

From Mur de Bretagne, you head towards Carhaix-Plouguer. The first part of the stage is slightly hilly with a flat climb that takes you to the highest point of the canal from Nantes to Brest. This is where the Glomel ditch was dug, where many convicts lost their lives. The rest of the route to Carhaix is more rolling.

A day riding at the foot of the Black Mountains. Your get to the towpath by the Carhaix port. At the end of your journey: Castle Trévarez (which needs you to get out of the canal when you arrive in Châteauneuf). Châteauneuf-Du-Faou, built on a rocky outcrop, is your stop for the night.

A beautiful day in wild nature with mountainous area much more presen. The Monts d’Arrée and the Menez Hom one of the peaks of the Massif Armorican, are not far away. Fortunately, cycling on the towpath, you enjoy the scenery without having to climb ! You arrive on the Port Launay, the last lock.

On your arrival in Châteaulin, a taxi will be waiting to take you to Brest, where you will spend the night.

A last wander around the port and the banks of the Rade de Brest, a visit to the castle, a cable car ride between the Capuchins and the city center… The city of Brest in constant transformation offers a beautiful urban stroll to conclude your stay. . 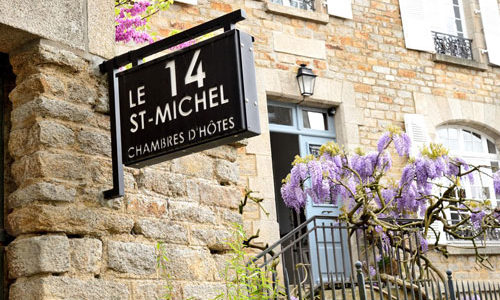 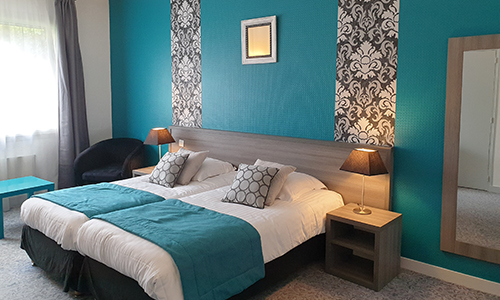 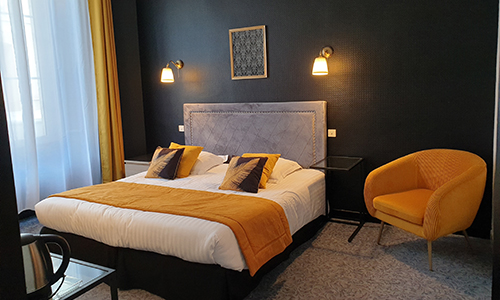 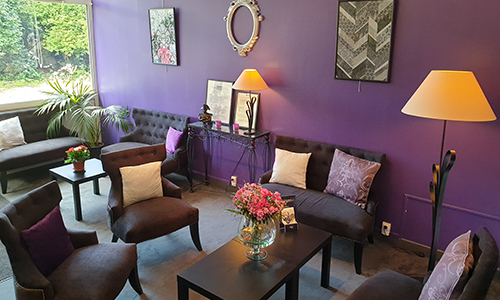 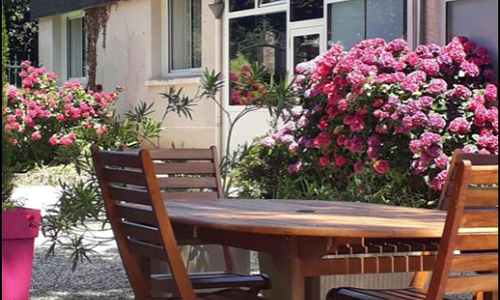 Charming hotel in a Napoleonic-style residence, ideally located opposite Square Lenglier, a stone’s throw from Blavet and the Vélosyssée.
Laurence and André offer you a warm welcome. Enjoy comfortable bedding and tasteful decor.
Secure storage for bicycles is available in the inner courtyard. 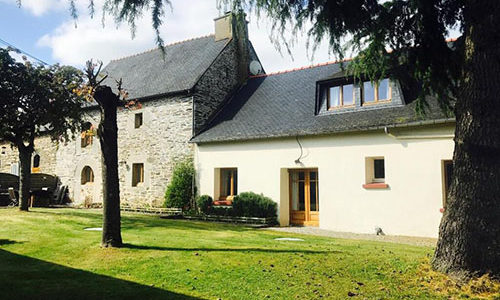 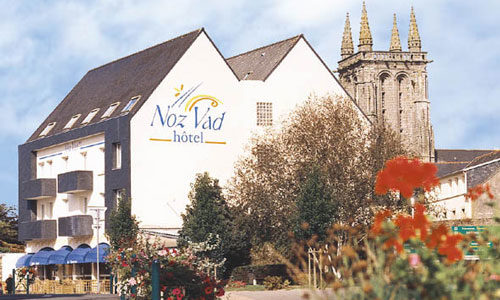 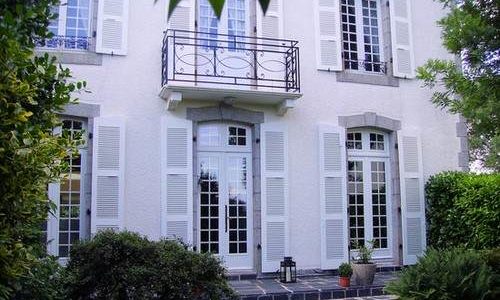 Starting from 1015€/participant in Self Guided option | See detailed prices 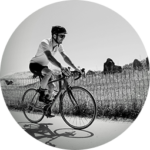 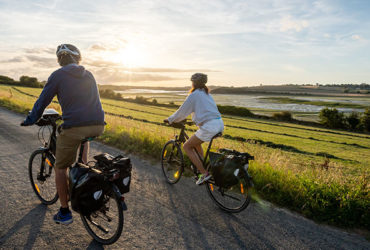 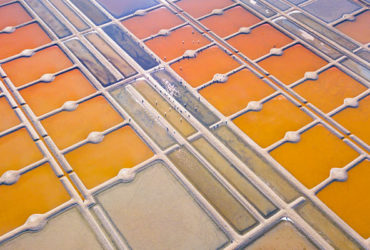 A bike adventure to discover the Pink Granit Coast 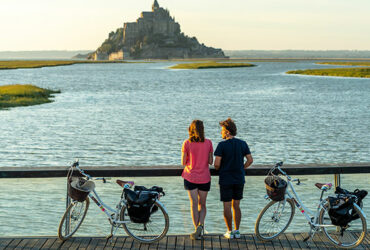 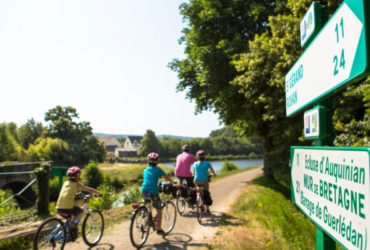